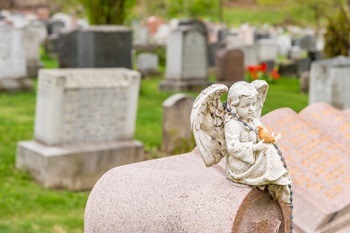 Some cemeteries house tombstones that are decades old, sometimes even closer to centuries. It’s a common trend to see various reoccurring symbols throughout the rows upon rows of different grave-sites. Unknown to many people, these symbols carry a special significance and are far more than just a way to improve the aesthetics of a tombstone. At Mount Pleasant Group, we make your funeral arrangements as stress free as possible. Let our experts walk you through a few common historical symbols and what they mean:

At Mount Pleasant Group, we make all your funeral and cemetery arrangements in the Greater Toronto Area as quick and stress free as possible. Contact us today for more information regarding the many services that we offer.