While the reasons for it vary, the preserving of human remains has been part of our funerary traditions for a long time. In modern times, embalming is common and often performed as a way to make the body suitable for viewing. Here’s a brief look at the history of embalming and how the practice evolved. 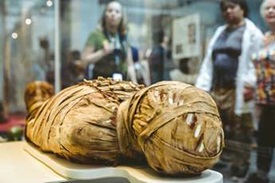 The earliest culture to have practised artificial mummification, an early form of embalming, is thought to be the Chinchorro of the Atacama Desert, located in present-day Chile and Peru. They began embalming their dead around 5,000 BC, almost 2,000 years before the first Egyptian mummies, the earliest of which date back to 3,200 BC.

Embalming techniques didn’t make their way to Europe until 500 AD. Their development was closely tied to scientific progress and the need for preserved bodies for dissection. 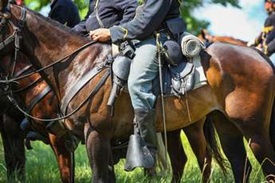 Embalming as we know it today became more prevalent during the American Civil War. Techniques such as the injection of chemicals in the arterial system to disinfect and preserve the body, were refined in the late 18th century, along with cavity embalming.

These techniques caught on during the American Civil War, with the Army Medical Corps’ request that Union officers who died in battle be embalmed and returned to their families so they could be mourned.

The science of embalming was brought to widespread public attention when Abraham Lincoln’s body travelled back home to Springfield Illinois over the course of a three week long train trip. The trip was made possible by modern techniques. This marked the beginning of embalming as a funeral tradition in Western culture, whereas 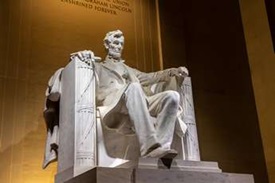 prior to this it was chiefly done for scientific purposes.

Embalming Techniques have greatly improved since the inception of the practice. Embalming is now a popular option many families choose when either pre-planning or dealing with an at need situation. While embalming is not mandatory, it is especially encouraged for open casket funerals or when the deceased is being held for any extended duration of time.

Embalming cannot be forced upon you when you plan for your loved ones arrangements, however it is required when a body is being returned home to Canada from overseas. This is done to preserve the body against the course of nature and slow down the physical and chemical changes that occur when someone passes away.

Many cultures have some form of body preservation, it’s not a universal practice. Traditionally, Jewish law prohibits both embalming and cremation, preferring to bury their dead as soon as possible. Similarly, Muslim tradition prohibits embalming and prescribes a swift burial as a way to honour the dead.

Funeral experts in the GTA

Mount Pleasant Group has been offering compassionate and professional funeral services for over 200 years. From simple funerals to elaborate pre-planning, our caring team can help. If you’ve recently lost someone, or if you’d like to discuss pre-planning arrangements, contact us today.